A palm-sized gimbal camera with all your needs 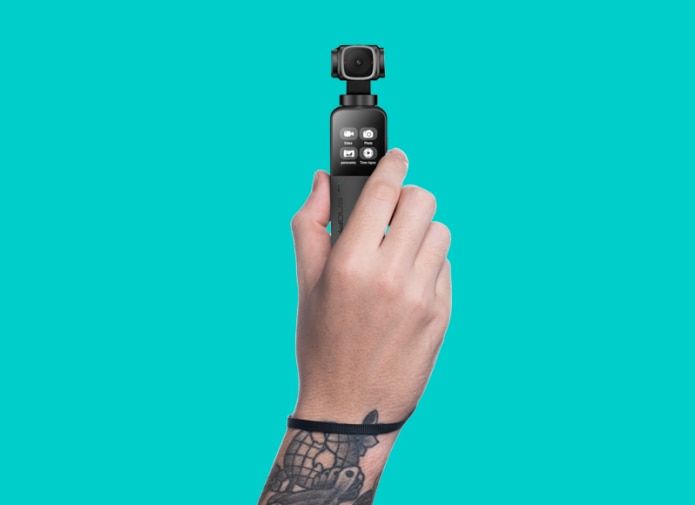 Snoppa Vmate is a handheld compact high-performance 4k smart camera integrated with a micro 3-axis stabilizing system. It is light, portable, and lets you can carry it anywhere. With it, capturing great moments is easy: no need to take a bag of devices. 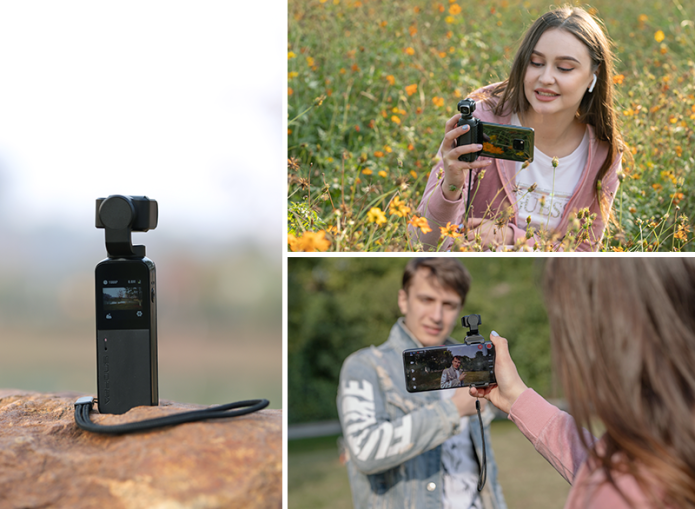 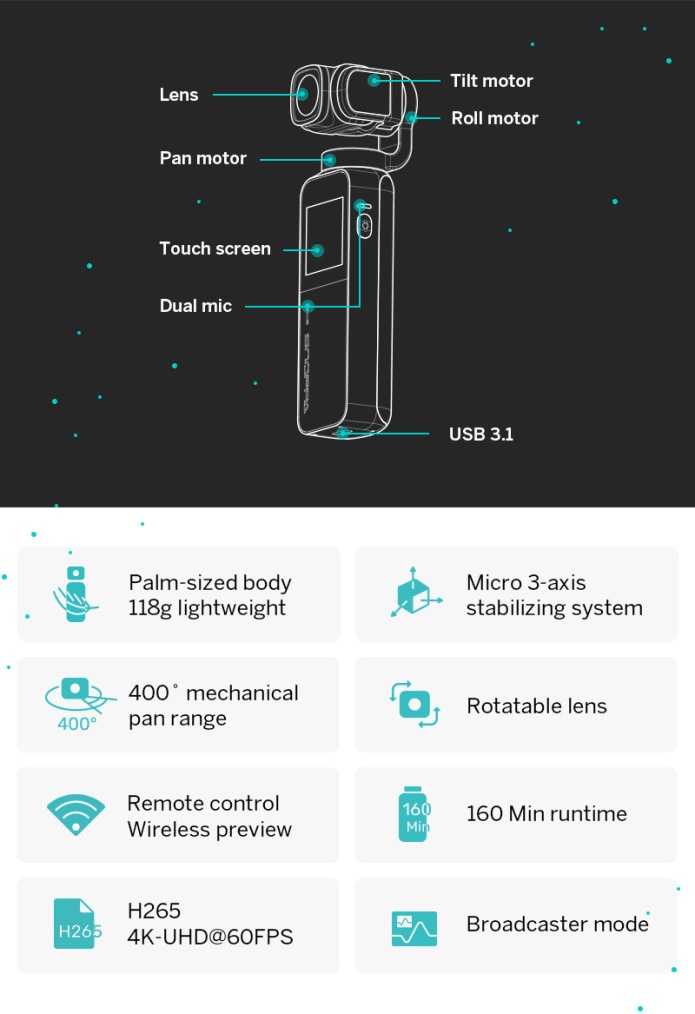 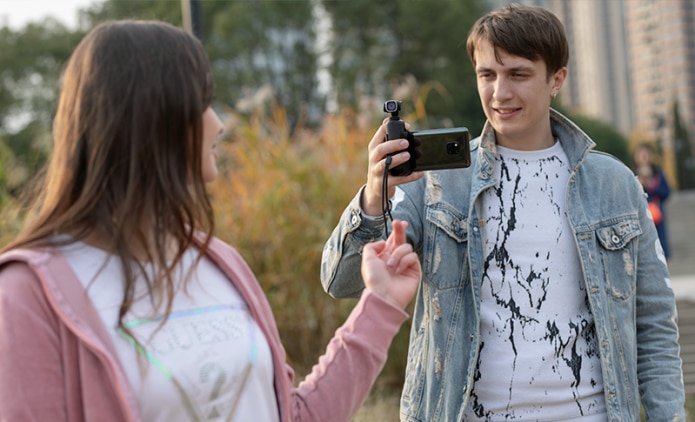 Unlike ordinary gimbals which are commonly big and heavy, Vmate Pocket Gimbal Camera only weighs 118 grams, which is as light as a lemon. 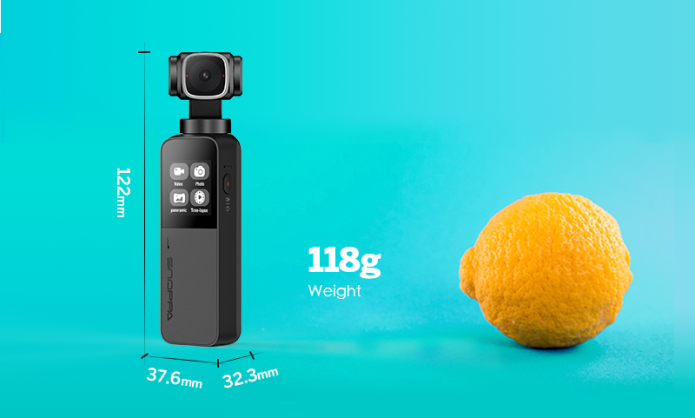 Unlike ordinary gimbals which are commonly big and heavy, Vmate only weighs 118 grams, which is as light as a lemon. 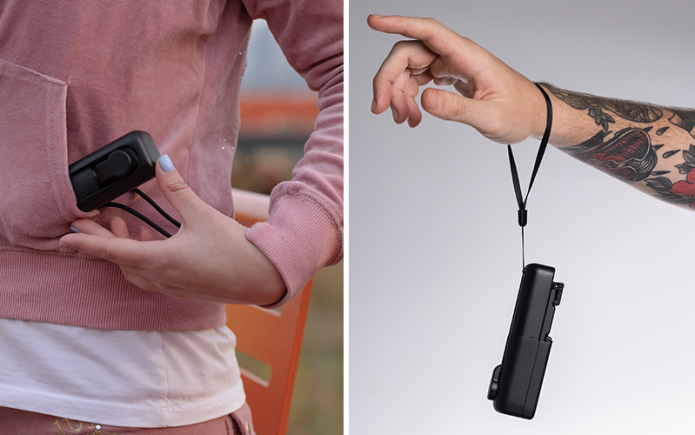 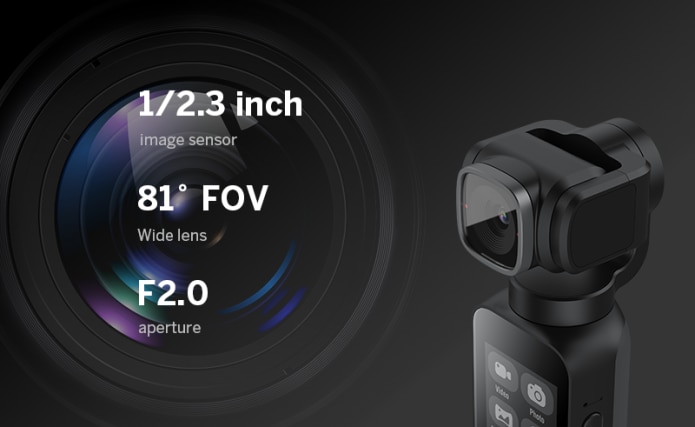 The Vmate carrying case is not only designed to protect the device. It comes with a foldable phone holder, to which you can attach a phone for a more comfortable grab. 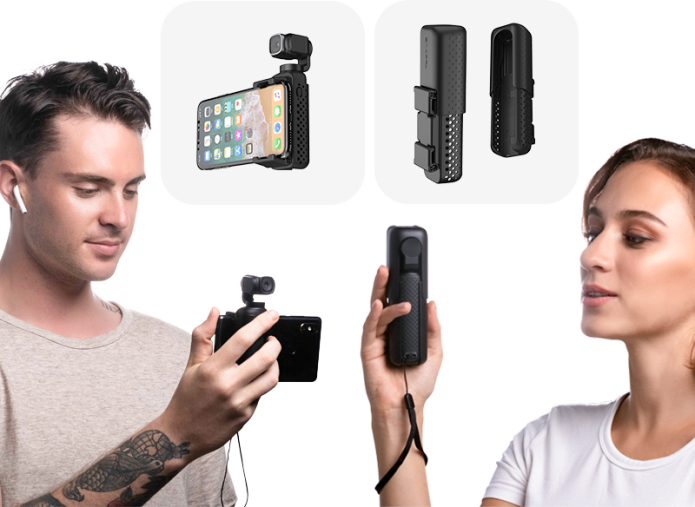 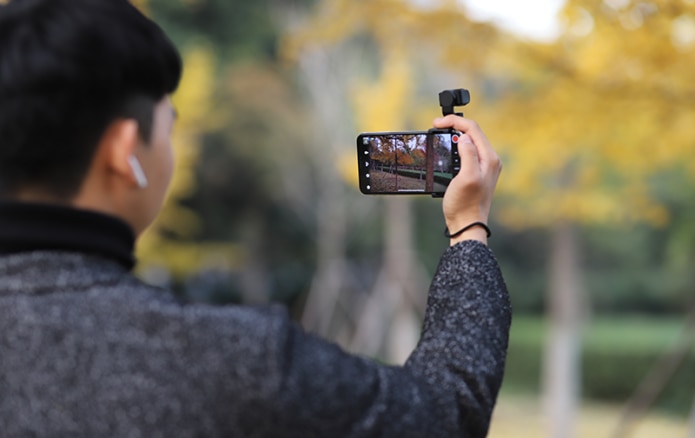 Vmate Vmate Pocket Gimbal Camera equiped with a 1.22″ sharp touchscreen with high brightness up to 850 nits, allowing you to frame clearly even under bright sunlight.

Touchscreen lets you set controls and change configuration with a finger touch right on the Vmate. 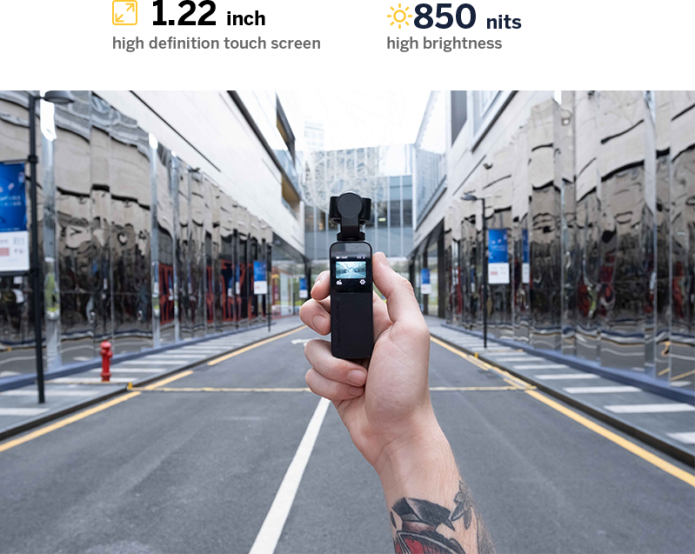 The Vmate Pocket Gimbal Camera head-on Vmate can rotate by 90˚, which lets you switch between landscape and portrait orientation in a flick. 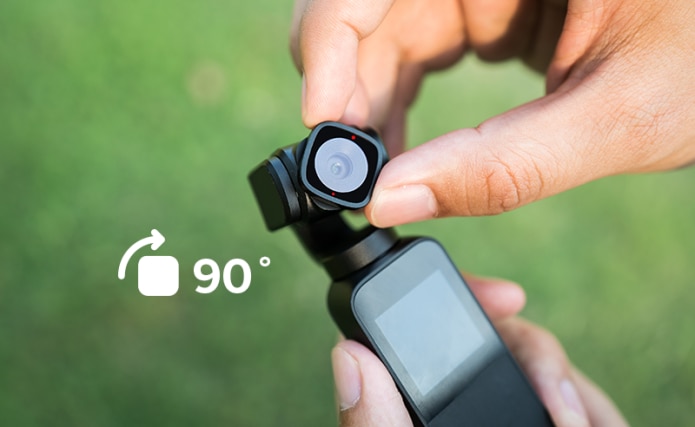 The camera head-on Vmate can rotate by 90˚, which lets you switch between landscape and portrait orientation in a flick. 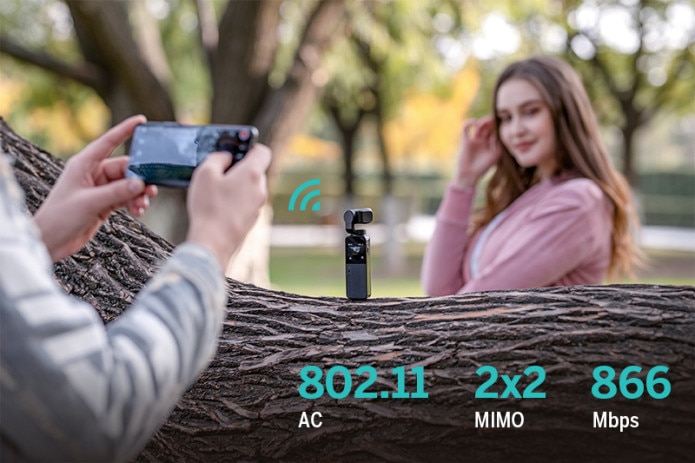 Vmate integrates a type-c port for charging and file transfer. Thanks to the USB 3.1 GEN 1 port feature, Vmate can export the file at a speed of 72MB/s, which is 8x as fast as an ordinary USB 2.0 port. 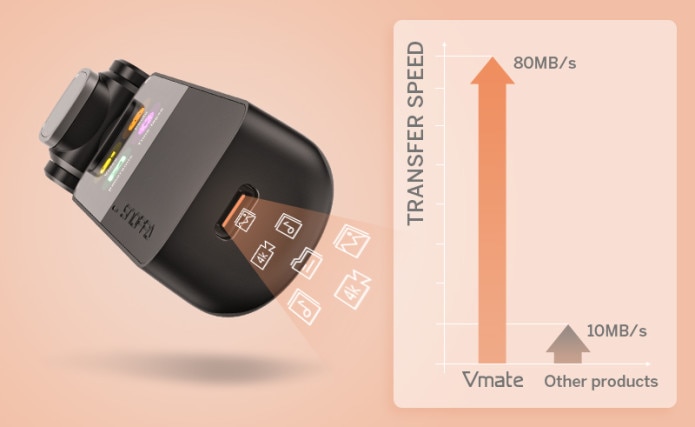 A good video always comes with good audio. Vmate has a dual-microphone system, providing two audio recording modes, either noise reduction or stereo. The Mobile application lets you switch between them, to fit any situation. 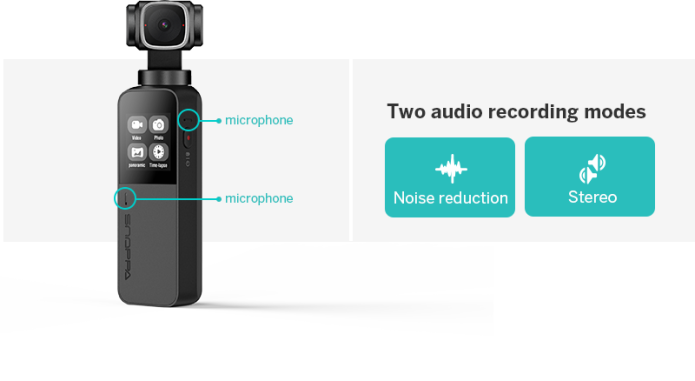 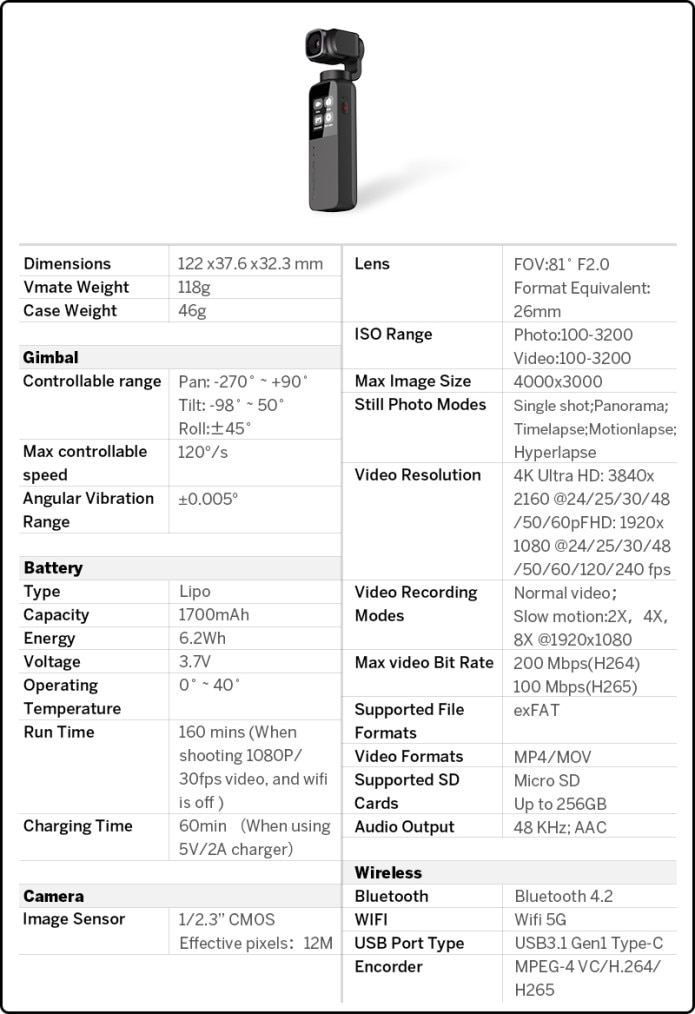