Posted on March 27, 2019February 16, 2021 by Adouns
The American viewer now has an alternative source for satellite FTA Channels USA that does not cost any monthly subscription fee.  These satellite channels are called Free to Air (FTA).  These FTA Channels USA are not encrypted by the service provider and require no subscription or monthly payment. They are provided free of charge by the provider and are perfectly legal to receive with an FTA MPEG-2 DVB satellite system.

Contents show
1 What is Free-to-air:
2 All FTA Channels USA
3 FTA Channels USA List source:
4 FTA Channels USA Systems
5 General Informational and Instructional Links:
6 Shop By Category
6.1 Office
6.2 Pets Essentials
6.3 FREE SHIPPING
6.4 Satellite TV Systems
6.5 Car Motorbike
6.6 Consumer Electronics
6.7 Sporting Goods
6.8 Toys & Hobbies
6.9 Health & Beauty
6.10 Home & Garden
6.11 Men & Women
6.12 Solar Energy
6.13 Security & Safety
6.14 General Aviation
7 Latest Collections
Free-to-air (FTA) are television (TV) and radio services broadcast in clear (unencrypted) form, allowing any person with the appropriate receiving equipment to receive the signal and view or listen to the content without requiring a subscription, other ongoing cost, or one-off fee (e.g., Pay-per-view). In the traditional sense, this is carried on terrestrial radio signals and received with an antenna.
FTA also refers to channels and broadcasters providing content for which no subscription is expected, even though they may be delivered to the viewer/listener by another carrier for which a subscription is required, e.g., Cable television, the Internet, or satellite. These carriers may be mandated (or OPT) in some geographies to deliver FTA channels even if a premium subscription is not present (providing the necessary equipment is still available), especially where FTA channels are expected to be used for emergency broadcasts, similar to the 1-1-2 (112) emergency service provided by mobile phone operators and manufacturers.
Free-to-view (FTV) is, generally, available without subscription but is digitally encoded and may be restricted geographically.
Free-to-air is often used for international broadcasting, making it something of a video equivalent to shortwave radio. Most FTA retailers list free-to-air channel guides and content available in North America for FTA Channels USA use.

Today, although large C-band dishes can still receive some content, the 11.7-12.2 GHz Ku band is also used. Ku-band signals can be received using smaller dishes, often as small as under a meter (3 feet, 3 inches) in diameter. Allowing FTA satellite to be picked up from smaller spaces such as apartment balconies.

Note, however, that these dishes are not quite as small as those commonly used for commercial services such as Dish Network, DirecTV, Bell ExpressVu, Shaw Direct, etc. Dishes intended for those services may not deliver an adequate signal on Ku-band.

The European-developed DVB-S and DVB-S2 standards are the most commonly used broadcast methods, with analog transmissions almost completely discontinued as of mid-2014.

Most of these signals are carried by US satellites. There is little or no free Canadian DVB-S content available to users of medium-size dishes as much of the available Ku-band satellite bandwidth is occupied by pay-TV operators Shaw Direct and Bell Satellite TV, although larger C-band dishes can pick up some content.

FTA channels USA signals may be scattered across multiple satellites, requiring a motor or multiple LNBs to receive everything. This differs from Europe, where FTA signals are commonly concentrated on a few specific satellites. 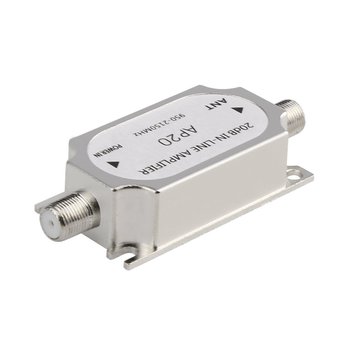 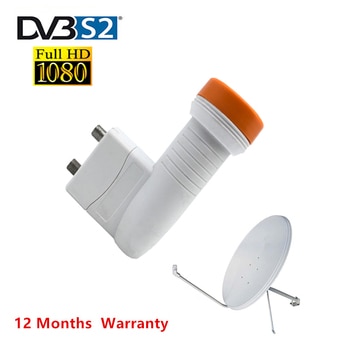 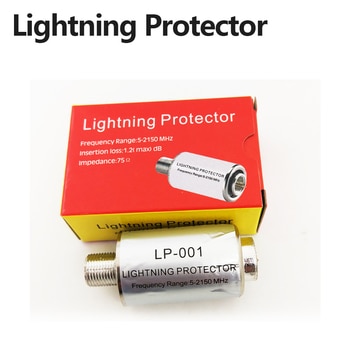 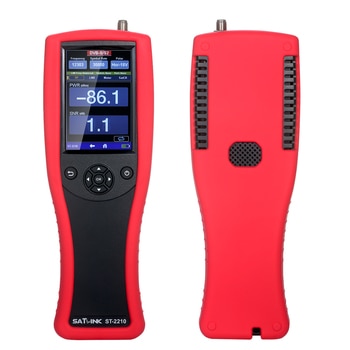 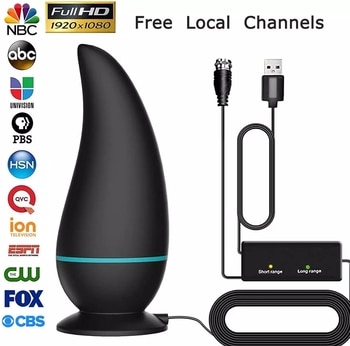